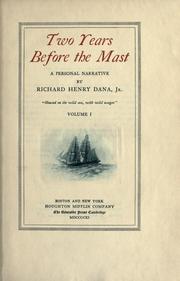 I'm sure there are other lists like this, no doubt written by persons with better credentials than mine, persons who are educators or librarians, or, perhaps, child psychologists.  I am none of those things.  My only claim to expertise lies in the fact that I was a boy who loved to read.

Did my early reading turn me into a corporate megastar with a private jet and a yacht?  No - so, if that's really what you want for your boy (and it's not my place to comment on such aspirations), this list will be of no use to you whatsoever.  These books did influence me in a manner which I believe to be positive.  I read of the value of courage, and loyalty, and duty, and must have learned something from such reading.  Simply put, the books I've listed below inspired me to try to be a decent man.  Decades later, I'm still working on it.

This isn't a long list.  These aren't books I liked, these are books I loved, and can remember reading after all these years.

Call of the Wild and White Fang, both by Jack London.  I read Call of the Wild first, which I think is the right way to go about it.  Some folks miss the point when they dismiss these two works as "dog books."  They are simply great adventures.

The Virginian, by Owen Wister.  I read this book several times over, and after a while the pages started separating from the cover.  One could say that this is the archetypal Western novel, but that's adult-speak.  What The Virginian really is about is a man who is a good man; not as rich as some, not as educated as others, but brave, and true, and principled.

The Count of Monte Cristo, by Alexandre Dumas.  A new, much longer, translation is now available, but I would have found such a work daunting in my youth, so boys would do better with the abridged version.  This is an epic adventure and, I must admit, a tale of revenge.  I don't think the book made me vengeful, but it sure did make me want to find treasure.

The Hobbit and The Lord of the Rings, by JRR Tolkien.  I loved the adventure, but I also loved the idea of the comfort of a snug little hobbit's home in the Shire.  Still do.

The Boy Scout Handbook.  This isn't literature, but I read the darned thing cover to cover I don't know how many times.

Captains Courageous, by Rudyard Kipling.  I loved this book so much that, to this day, I've never allowed myself to watch the movie version.  Silly, perhaps, but there you have it. It's a wonderful seafaring book, of which I wish there were more for our boys of today.

Cache Lake Country.  I'm cheating here, because I read this book as a grown man.  I wish I'd read it in my youth.  That's a point with all of these books: even if you're no longer a boy, you'll enjoy them.  This book is the next best thing to actually living in a cabin in the north woods.

Collected Stories of Edgar Allan Poe.  Scary, I grant you.  I probably had nightmares.

Complete Sherlock Holmes Stories, by Sir Arthur Conan Doyle.  The first story in the series, A Study in Scarlet, might seem long and disjointed, because it is, and might also seem anti-Mormon, because it is.  If it's any consolation, I read the story as a lad and didn't grow up disliking Mormons.  Anyway, Sherlock Holmes is part of our culture, and the stories are all entertaining.

The Adventures of Tom Sawyer and The Adventures of Huckleberry Finn.  These are American classics.  Race issues surface in the latter work, unquestionably; but race issues are part of America's history, and one can't get around that.  Huck and Jim are friends, and noble characters; indeed, Huck learns a lot from Jim, as we all might.

Two Years Before the Mast, by Richard Dana. This is admittedly an old book, published in 1840, and the language is consequently relatively archaic; but it is a fascinating memoir of the author's two-year voyage at sea from Boston to California and, as such, is both interesting and informative, especially regarding American history.

The Autobiography of Benjamin Franklin.  This is one of those American classics that Americans no longer read, and more's the shame.  It's not just an autobiography, it's a self-help book for young men.

Well, there's the list, and though I make no apologies for it, I will take a moment here to address one anticipated criticism, which is that all of these books are as old as the hills.  Well, they are.  All of these books were as old as the hills when I read them.  (No, I wasn't a contemporary of Twain or Franklin.)  Books that are new are not necessarily better; they're just better-marketed.

Young Allison's essay on Robinson Crusoe, and why it is the first novel to read.