Gemstones and Minerals on Postage Stamps

Philately is a hobby with may diverse branches, one of those being the thematic collecting of postage stamps featuring gems, minerals and jewelry in their design.  This is an interesting way for a person to combine two interests; stamp collecting and rock collecting. 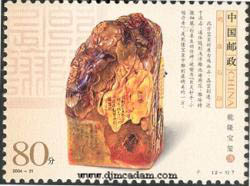 The postage stamp shown above was issued by China in 2004, and is one of a set of two stamps depicting bloodstone seals. 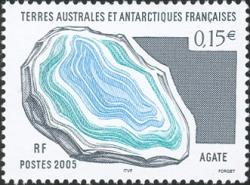 The stamp on the left was issued in January, 2005 by the French Southern and Antarctic Territories, and depicts an agate.

If this is an area of stamp collecting that intrigues you, consider membership in the Gems, Minerals and Jewelry Stamp Unit.  Information about the organization may be obtained by contacting the group's Secretary-Treasurer: 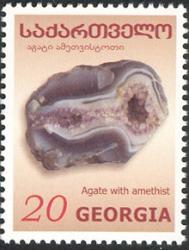