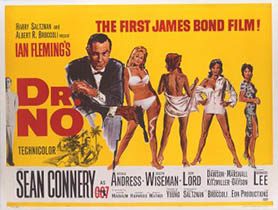 The following is a list of James Bond films in order of appearance, or issuance.  For each James Bond movie, we've listed the movie title, the actor who portrayed Bond, and the date of release. 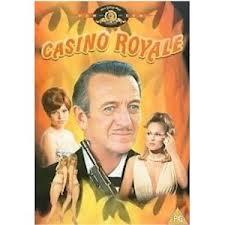