The Old Books Not All Lost 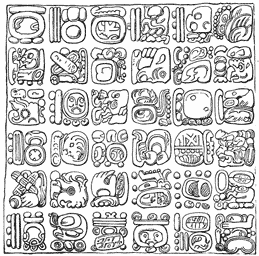 The Franciscan and Dominican fanatics, whose learning and religion consisted of ignorance and bigotry, hoped to exterminate among the people all recollection of their former history, ideas, and religious customs. A few of the books, however, escaped; none, indeed, that were very old, for it does not appear that any of the manuscripts rescued from destruction were written or copied earlier than the age which closed the Aztec domination. None of the great books of annals described by Las Casas are among them, but they relate to the ancient times, and most of them are copies or reproductions of much older books.

Among these destroying Spanish ecclesiastics, there was here and there one who quietly secured some of the manuscripts, or copies of them. These were kept from the flames. Others were secreted by the people; and subsequently, in years after the conquest was completed, some of the more intelligent churchmen wrote histories of the country, or portions of it, which were preserved in manuscript. Sahagun wrote such a history, which shows that he had studied the traditions and some of the old books; this work is printed in the great collection of Lord Kingsborough. Diego de Landa, first bishop of Yucatan, wrote a history of the Mayas and their country, which was preserved in manuscript at Madrid in the library of the Royal Academy of History. It is one of the most important works on the country written by a Spaniard, because it contains a description and explanation of the phonetic alphabet of the Mayas. Landa’s manuscript seems to have lain neglected in the library, for little or nothing was heard of it until it was discovered and studied by Brasseur de Bourbourg, who, by means of it, has deciphered some of the old American writings. He says “the alphabet and signs explained by Landa have been to me a Rosetta stone.”

An extensive and important manuscript work, written two hundred years ago by Francisco Ximenes, an ecclesiastic, is preserved in Guatemala. He, being drawn to inquiries concerning the antiquities and ancient history of the country, was able to get possession of several of the old books, one of them being that known as “Popol-Vuh.” His manuscript, arranged in four great volumes (one of which, it is said, has disappeared), contains valuable information in regard to the ancient history and traditions of Guatemala. One of the volumes has a copy of the “Popol-Vuh” in the native tongue, and another has a Spanish translation of the work. He left also a manuscript Dictionary of the principal Guatemalan dialects (which belong to the Maya family), entitled “Tesoro de las Lenguas Quiché, Cakchiquel, y Tzutohil.” Probably other manuscripts of the same character exist at Madrid and in Central America which are not yet known to those who can understand their importance.

As already stated, none of the great books of annals have been discovered, but some of the old American manuscripts now preserved in several of the libraries and private collections of Europe are important. Three are specified as particularly valuable to students of American antiquity: that called the “Codex Chimalpopoca,” an old Toltec book, written in the Toltec language; one now entitled the “Codex Cakchiquel;” and the “Popol-Vuh.” The latter, written in the Quiché dialect, was translated into Spanish two hundred years ago by Ximenes, but his translation remained in Guatemala unprinted and quite unknown until it was discovered in our time. Brasseur de Bourbourg, who is master of the Quiché language, and to whom we are indebted for most that is known of the manuscripts of Ximenes, thought this Spanish translation very imperfect; therefore he has translated the work into French.

The “Popol-Vuh” was written in 1558 as an abridged reproduction of a very ancient Quiché book which contained an account of the history, traditions, religion, and cosmogony of the Quichés. The first part of it is devoted to the cosmogony and traditional lore; the rest gives an account of the Quichés, who, at the time of the Conquest, were the dominant people in the Central American regions south of the great forest. If the history were consecutive and clear, it would not take us back into the past more than three or four centuries beyond 1558, for the Quiché domination was probably not much older than that of the Aztecs. But the history is not clear. Putting aside the mythical and legendary portion of it which relates to origins and migrations, we can see that it extends over some fourteen generations, which may indicate that Quiché became an independent and ruling power about 1200 A.D.

For those who study the book it is full of interest. It shows us their conceptions of the Supreme Being and his relation to the world; it enables us to see what they admired in character as virtue, heroism, nobleness, and beauty; it discloses their mythology and their notions of religious worship; in a word, it bears witness to the fact that the various families of mankind are all of “one blood,” so far, at least, as to be precisely alike in nature.

The cosmogony and mythical lore of the Quichés seem to have their root in the beliefs and facts of a time far more ancient than the national beginning of this people. In assuming the form in which we find them, they must have passed through several phases of growth, which changed their appearance and obscured their meaning. Manifestly the history of the country did not begin with the Quichés. The account of the creation, with every thing else in this cosmogony and mythology, is original, like the civilization to which they belong.

According to the “Popol-Vuh,” the world had a beginning. There was a time when it did not exist. Only “Heaven” existed, below which all space was an empty, silent, unchanging solitude. Nothing existed there, neither man, nor animal, nor earth, nor tree. Then appeared a vast expanse of water on which divine beings moved in brightness. “They said ‘earth!’ and instantly the earth was created. It came into being like a vapor; mountains rose above the waters like lobsters and were made. Thus was the earth created by the Heart of Heaven.” Next came the creation of animals; but the gods were disappointed because the animals could neither tell their names nor worship the Heart of Heaven.

Therefore it was resolved that man should be created. First, man was made of earth, but his flesh had no cohesion; he was inert, could not turn his head, and had no mind, although he could speak; therefore he was consumed in the water. Next, men were made of wood, and these multiplied, but they had neither heart nor intellect, and could not worship, and so they withered up and disappeared in the waters. A third attempt followed: man was made of a tree called tzité, and woman of the pith of a reed; but these failed to think, speak, or worship, and were destroyed, all save a remnant which still exists as a race of small monkeys found in forests.

A fourth attempt to create the human race was successful, but the circumstances attending this creation are veiled in mystery. It took place before the beginning of dawn, when neither sun nor moon had risen, and was a wonder-work of the Heart of Heaven. Four men were created, and they could reason, speak, and see in such a manner as to know all things at once. They worshiped the Creator with thanks for existence, but the gods, dismayed and scared, breathed clouds on their eyes to limit their vision, and cause them to be men and not gods. Afterward, while the four men were asleep, the gods made for them beautiful wives, and from these came all the tribes and families of the earth.

No account of the rescued fragments of this old literature of Ancient America should omit giving due credit to Chevalier Boturini, the Milanese, who went from Italy to America in 1735 as an agent of the Countess Santibañey, who claimed to be a descendant of Montezuma. He, too, was a devotee, and believed that St. Thomas preached the Gospel in America; but he had antiquarian tastes, and was sufficiently intelligent to understand the importance of the old manuscripts which had furnished so much fuel for the bonfires of fanaticism. During the eight years of his residence in Mexico and Central America he hunted diligently for those still in existence, and made a considerable collection, including in it some of the Mexican “picture writings.” But when about to leave, he was despoiled of his treasure and flung into prison by the Spanish viceroy. He finally left the country with a portion of them, but was captured by an English cruiser and again despoiled. The manuscripts left in Mexico were finally sold at auction while Humboldt was there; he secured a portion of them. Another portion was brought to France about 1830 by M. Aubin, who made important additions to it. M. Aubin himself spent years searching for remains of the old writings, and he has now, it is supposed, the most valuable collection in Europe.

It is likely that most of the recovered books may be translated by those who can bring to the work habits of patient study and a thorough knowledge of the native dialects. Dictionaries of these dialects, as they were spoken at the time of the Conquest, were prepared by some of the Spanish priests, and other facilities are not wanting. It is surprising, however, that no one has translated the “Codex Chimalpopoca” (which seems the most important) if the language in which it is written is in fact sufficiently modern to be managed as easily as that of “Popol Vuh.” It must be translatable, for its general tenor is known, and passages of it are quoted. Brasseur de Bourbourg states that he has undertaken a translation. But who will translate the inscriptions at Copan and Palenque? Is the language in which they were written an old form of speech, from which the dialects of the Maya family, or a portion of them, were derived? They have not been translated. No one has found a clew to their meaning. The characters are understood, but they appear to show an older form of the language, which at present can not be deciphered. Brasseur de Bourbourg’s “Rosetta Stone,” discovered in Landa’s manuscript, will not serve him here. Another more potent must be found before these old inscriptions can be made to give up their secrets.