Conclusion of this Dissertation 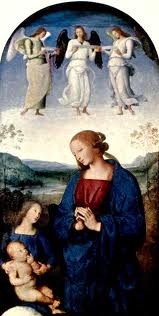 To resume, in a few words, all that we have related in this dissertation: we have therein shown that a resurrection, properly so called, of a person who has been dead for a considerable time, and whose body was either corrupted, or stinking, or ready to putrefy, like that of Pierre, who had been three years buried, and was resuscitated by St. Stanislaus, or that of Lazarus, who had been four days in the tomb, and already possessing a corpse-like smell—such a resurrection can be the work of the almighty power of God alone.

That persons who have been drowned, fallen into syncope, into a lethargy or trance, or looked upon as dead, in any manner whatever, can be cured and brought back to life, even to their former state of life, without any miracle, but by the power of medicine alone, or by natural efforts, or by dint of patience; so that nature re-establishes herself in her former state, that the heart resumes its pulsation, and the blood circulates freely again in the arteries, and the vital and animal spirits in the nerves.

That the oupires, or vampires, or revenans of Moravia, Hungary, Poland, &c., of which such extraordinary things are related, so detailed, so circumstantial, invested with all the necessary formalities to make them believed, and to prove them even judicially before judges, and at the most exact and severe tribunals; that all which is said of their return to life; of their apparition, and the confusion which they cause in the towns and country places; of their killing people by sucking their blood, or in making a sign to them to follow them; that all those things are mere illusions, and the consequence of a heated and prejudiced imagination. They cannot cite any witness who is sensible, grave and unprejudiced, who can testify that he has seen, touched, interrogated these ghosts, who can affirm the reality of their return, and of the effects which are attributed to them.

I shall not deny that some persons may have died of fright, imagining that their near relatives called them to the tomb; that others have thought they heard some one rap at their doors, worry them, disturb them, in a word, occasion them mortal maladies; and that these persons judicially interrogated, have replied that they had seen and heard what their panic-struck imagination had represented to them. But I require unprejudiced witnesses, free from terror and disinterested, quite calm, who can affirm upon serious reflection, that they have seen, heard, and interrogated these vampires, and who have been the witnesses of their operations; and I am persuaded that no such witness will be found.

I have by me a letter, which has been sent me from Warsaw, the 3d of February, 1745, by M. Slivisk, visitor of the province of priests of the mission of Poland. He sends me word, that having studied with great care this matter, and having proposed to compose on this subject a theological and physical dissertation, he had collected some memoirs with that view; but that the occupations of visitor and superior in the house of his congregation of Warsaw, had not allowed of his putting his project in execution; that he has since sought in vain for these memoirs or notes, which have probably remained in the hands of some of those to whom he had communicated them; that amongst these notes were two resolutions of the Sorbonne, which both forbade cutting off the head and maiming the body of any of these pretended oupires or vampires. He adds, that these decisions may be found in the registers of the Sorbonne, from the year 1700 to 1710. I shall report by and by, a decision of the Sorbonne on this subject, dated in the year 1691.

He says, moreover, that in Poland they are so persuaded of the existence of these oupires, that any one who thought otherwise would be regarded almost as a heretic. There are several facts concerning this matter, which are looked upon as incontestable, and many persons are named as witnesses of them. "I gave myself the trouble," says he, "to go to the fountain-head, and examine those who are cited as ocular witnesses." He found that no one dared to affirm that they had really seen the circumstances in question, and that it was all merely reveries and fancies, caused by fear and unfounded discourse. So writes to me this wise and judicious priest.

I have also received since, another letter from Vienna in Austria, written the 3d of August, 1746, by a Lorraine baron, who has always followed his prince. He tells me, that in 1742, his imperial majesty, then his royal highness of Lorraine, had several verbal acts drawn up concerning these cases, which happened in Moravia. I have them by me still; I have read them over and over again; and to be frank, I have not found in them the shadow of truth, nor even of probability, in what is advanced. They are, nevertheless, documents which in that country are looked upon as true as the Gospel.