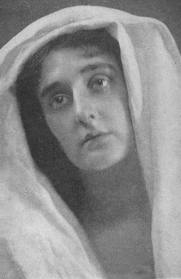 Those who have recourse to the fascination of the senses to explain what is related concerning the apparition of vampires, throw themselves into as great a perplexity as those who acknowledge sincerely the reality of these events; for fascination consists either in the suspension of the senses, which cannot see what is passing before their sight, like that with which the men of Sodom were struck when they could not discover the door of Lot's house, though it was before their eyes; or that of the disciples at Emmaus, of whom it is said that "their eyes were holden, so that they might not recognize Jesus Christ, who was talking with them on the way, and whom they knew not again until the breaking of the bread revealed him to them;"—or else it consists in an object being represented to the senses in a different form from that it wears in reality, as that of the Moabites, who believed they saw the waters tinged with the blood of the Israelites, although nothing was there but the simple waters, on which the rays of the sun being reflected, gave them a reddish hue; or that of the Syrian soldiers sent to take Elisha, who were led by this prophet into Samaria, without their recognizing either the prophet or the city.

This fascination, in what way soever it may be conceived, is certainly above the usual power known unto man, consequently man cannot naturally produce it; but is it above the natural powers of an angel or a demon? That is what is unknown to us, and obliges us to suspend our judgment on this question.

There is another kind of fascination, which consists in this, that the sight of a person or a thing, the praise bestowed upon them, the envy felt towards them, produce in the object certain bad effects, against which the ancients took great care to guard themselves and their children, by making them wear round their necks preservatives, or amulets, or charms.

A great number of passages on this subject might be cited from the Greek and Latin authors; and I find that at this day, in various parts of Christendom, people are persuaded of the efficacy of these fascinations. But we must own three things; first, that the effect of these pretended fascinations (or spells) is very doubtful; the second, that if it were certain, it is very difficult, not to say impossible, to explain it; and lastly, that it cannot be rationally applied to the matter of apparitions or of vampires.

If the vampires or ghosts are not really resuscitated nor their bodies spiritualized and subtilized, as we believe we have proved, and if our senses are not deceived by fascination, as we have just seen it, I doubt if there be any other way to act on this question than to absolutely deny the return of these vampires, or to believe that they are only asleep or torpid; for if they truly are resuscitated, and if what is told of their return be true—if they speak, act, reason, if they suck the blood of the living, they must know what passes in the other world, and they ought to inform their relations and friends of it, and that is what they do not. On the contrary, they treat them as enemies; torment them, take away their life, suck their blood, cause them to die with lassitude.

If they are predestinated and blessed, whence happens it that they disturb and torment the living, their nearest relations, their children, and all that for nothing, and simply for the sake of doing harm? If these are persons who have still something to expiate in purgatory, and who require the prayers of the living, why do they not explain their condition? If they are reprobate and condemned, what have they to do on this earth? Can we conceive that God allows them thus to come without reason or necessity and molest their families, and even cause their death?

If these revenans are really dead, whatever state they may be in in the other world, they play a very bad part here, and keep it up still worse.