Instances of Persons who fall into Ecstatic Trances when they will, and remain senseless 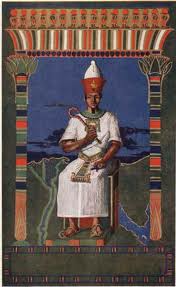 Jerome Cardan says that he fell into a trance when he liked; he owns that he does not know if, like the priest Pretextat, he should not feel great wounds or hurts, but he did not feel the pain of the gout, or the pulling him about. He adds, the priest of Calama heard the voices of those who spoke aloud near him, but as if from a distance. "For my part," says Cardan, "I hear the voice, though slightly, and without understanding what is said. And when I wish to entrance myself, I feel about my heart as it were a separation of the soul from the rest of my body, and that communicates as if by a little door with all the machine, principally by the head and brain. Then I have no sensation except that of being beside myself."

We may report here what is related of the Laplanders, who when they wish to learn something that is passing at a distance from the spot where they are, send their demon, or their souls, by means of certain magic ceremonies, and by the sound of a drum which they beat, or upon a shield painted in a certain manner; then on a sudden the Laplander falls into a trance, and remains as if lifeless and motionless sometimes during four-and-twenty hours. But all this time some one must remain near him to prevent him from being touched, or called; even the movement of a fly would wake him, and they say he would die directly or be carried away by the demon. We have already mentioned this subject in the Dissertation on Apparitions.

We have also remarked that serpents, worms, flies, snails, marmots, sloths, &c., remain asleep during the winter, and in blocks of stone have been found toads, snakes, and oysters alive, which had been enclosed there for many years, and perhaps for more than a century. Cardinal de Retz relates in his Memoirs, that being at Minorca, the governor of the island caused to be drawn up from the bottom of the sea by main force with cables, whole rocks, which on being broken with maces, enclosed living oysters, that were served up to him at table, and were found very good.

On the coasts of Malta, Sardinia, Italy, &c., they find a fish called the Dactylus, or Date, or Dale, because it resembles the palm-date in form; this first insinuates itself into the stone by a hole not bigger than the hole made by a needle. When he has got in he feeds upon the stone, and grows so big that he cannot get out again, unless the stone is broken and he is extricated. Then they wash it, clean it, and dress it for the table. It has the shape of a date, or of a finger; whence its name of Dactylus, which in Greek signifies a finger.

Again, I imagine that in many persons death is caused by the coagulation of the blood, which freezes and hardens in their veins, as it happens with those who have eaten hemlock, or who have been bitten by certain serpents; but there are others whose death is caused by too great an ebullition of blood, as in painful maladies, and in certain poisons, and even, they say, in certain kinds of plague, and when people die a violent death, or have been drowned.

The first mentioned cannot return to life without an evident miracle; for that purpose the fluidity of the blood must be re-established, and the peristaltic motion must be restored to the heart. But in the second kind of death, people can sometimes be restored without a miracle, by taking away the obstacle which retards or suspends the palpitation of the heart, as we see in time-pieces, the action of which is restored by taking away anything foreign to the mechanism, as a hair, a bit of thread, an atom, some almost imperceptible body which stops them.