Letter of the Reverend Father Dom Calmet, to M. Debure 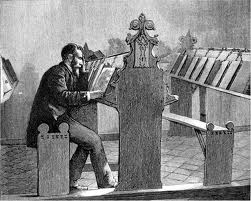 Sir—I have received The Historical and Dogmatical Treatise on Apparitions, Visions, and particular Revelations, with Observations on the Dissertations of the Reverend Father Dom. Calmet, Abbot of Sénones, on Apparitions and Ghosts. At Avignon, 1751. By the Abbé Lenglet du Frenoy.

I have looked over this work with pleasure. M. du Frenoy wished to turn to account therein what he wrote fifty-five years ago, as he says himself, on the subject of visions, and the life of Maria d'Agreda, of whom they spoke then, and of whom they still speak even now in so undecided a manner. M. du Frenoy had undertaken at that time to examine the affair thoroughly and to show the illusions of it; there is yet time for him to give his opinion upon it, since the Church has not declared herself upon the work, on the life and visions of that famous Spanish abbess.

It is only accidentally that he composed his remarks on my Dissertations on Apparitions and Vampires. I have no reason to complain of him; he has observed towards me the rules of politeness and good breeding, and I shall try to imitate him in what I say in my own defense. But if he had read the second edition of my work, printed at Einsidlen in Switzerland, in 1749; the third, printed in Germany at Augsburg, in 1750; and the fourth, on which you are now actually engaged; he might have spared himself the trouble of censuring several passages which I have corrected, reformed, suppressed, or explained myself.

If I had wished to swell my work, I could have added to it some rules, remarks, and reflections, with a vast number of circumstances. But by that means I should have fallen into the same error which he seems to have acknowledged himself, when he says that he has perhaps placed in his works too many such rules and remarks: and I am persuaded that it is, in fact, the part that will be least read and least used.

People will be much more struck with stories squeamishly extracted from Thomas de Cantimpré and Cesarius, whose works are everywhere decried, and that one dare no longer cite openly without exposing them to mockery. They will read, with only too much pleasure, what he relates of the apparitions of Jesus Christ to St. Francis d'Assis, on the Indulgence of the Partionculus, and the particularities of the establishment of the Carmelite Fathers, and of the Brotherhood of the Scapulary, by Simon Stock, to whom the Holy Virgin herself gave the Scapulary of the order. It will be seen in his work that there are few religious establishments or societies which are not founded on some vision or revelation. It seemed even as if it was necessary for the propagation of certain orders and certain congregations; so that these kind of revelations were, as it were, taken by storm; and there seems to have been a competition as to who should produce the greatest number of them, and the most extraordinary, to have them believed. I could not persuade myself that he related seriously the pretended apparition of St. Francis to Erasmus. It is easy to comprehend that it was a joke of Erasmus, who wished to divert himself at the expense of the Cordeliers. But one cannot help being pained at the way in which he treats several fathers of the church, as St. Gregory the Great, St. Gregory of Tours, St. Sulpicius Severus, Peter the Venerable, Abbot of Cluny, St. Anselm, Cardinal Pierre Damien, St. Athanasius even, and St. Ambrose, in regard to their credulity, and the account they have given us of several apparitions and visions, which are little thought of at this day. I say the same of what he relates of the visions of St. Elizabeth of Schonau, of St. Hildegrade, of St. Gertrude, of St. Mecthelda, of St. Bridget, of St. Catherine of Sienna, and hardly does he show any favor to those of St. Theresa.

Would it not have been better to leave the world in this respect as it is, rather than disturb the ashes of so many holy personages and saintly nuns, whose lives are held blessed by the church, and whose writings and revelations have so little influence over the  salvation and the morals of the faithful in general. What service does it render the church to speak disparagingly of the works of the contemplatives, of the Thaulers, the Rushbrooks, the Bartholomews of Pisa, of St. Vincent Ferrier, of St. Bernardine of Sienna, of Henry Harphius, of Pierre de Natalibus, of Bernardine de Bustis, of Ludolf the Chartreux, and other authors of that kind, whose writings are so little read and so little known, whose sectaries are so few in number, and have so little weight in the world, and even in the church?

The Abbé du Frenoy acknowledges the visions and revelations which are clearly marked in Scripture; but is there not reason to fear that certain persons may apply the rules of criticism which he employs against the visions of the male and female saints of whom he speaks in his work, and that they may say, for instance, that Jeremiah yielded to his melancholy humor, and Ezekiel to his caustic disposition, to predict sad and disagreeable things to the Jewish people?

We know how many vexations the prophets endured from the Jews, and that in particular those of Anathoth had resolved to put their countryman Jeremiah to death, to prevent him from prophesying in the name of the Lord. To what persecutions were not himself and Baruch his disciple exposed for having spoken in the name of the Lord? Did not King Jehoiakim, son of Josiah, throw the book of Baruch into the fire, after having hacked it with a penknife, in hatred of the truths which it announced to him?

The Jews sometimes went so far as to insult them in their dwellings, and even to say to them, Ubi est verbum Domini? veniat; and elsewhere, "Let us plot against Jeremiah; for the priests will not fail to cite the law, and the prophets will not fail to allege the words of the Lord: come, let us attack him with derision, and pay no regard to his discourse."

Isaiah did not endure less vexation and insult, the libertine Jews having gone even into his house, and said to him insolently—Manda, remanda; expecta, re-expecta; modicum ibi, et modicum ibi, as if to mock at his threats.

But all that has not prevailed, nor ever will prevail, against the truth and word of God; the faithful and exact execution of the threats of the Lord has justified, and ever will justify, the predictions and visions of the prophets. The gates of hell will not prevail against the Christian church, and the word of God will triumph over the  malice of hell, the artifice of corrupt men, of libertines, and over all the subtlety of pretended free-thinkers. True and real visions, revelations, and apparitions will always bear in themselves a character of truth, and will serve to destroy those which are false, and proceed from the spirit of error and delusion. And coming now to what regards myself in particular, M. du Frenoy says, that the public have been surprised that instead of placing my proofs before the circumstances of my apparitions, I have given them afterwards, and that I have not entered fully enough into the subject of these proofs.

I am going to give the public an account of my method and design. Having proposed to myself to prove the truth, the reality, and consequently the possibility of apparitions, I have related a great many authentic instances, derived from the Old and New Testament, which forms a complete proof of my opinion, for the certainty of the facts carries with it here the certainty of the dogma.

After that I have related instances and opinions taken from the Hebrews, Mahometans, Greeks, and Latins, to assure the same truth. I have been careful not to draw any parallel between these testimonies and the scriptural ones which preceded. My object in this was to demonstrate that in every age, and in all civilized nations, the idea of the immortality of the soul, of its existence after death, of its return and appearance, is one of those truths which the length of ages has never been able to efface from the mind of nations.

I draw the same inference from the instances which I have related, and of which I do not pretend to guarantee either the truth or the certainty. I willingly yield all the circumstances that are not revealed to censure and criticism; I only esteem as true that which is so in fact.

M. du Frenoy finds that the proof of the immortality of the soul which I infer from the apparition of the spirit after death, is not sufficiently solid; but it is certainly one of the most palpable and most easy of comprehension to the generality of mankind; it would make more impression upon them than arguments drawn from philosophy and metaphysics. I do not intend for that reason to attack any other proofs of the same truth, or to weaken a dogma so essential to religion.

He endeavors to prove, at great length, that the salvation of the Emperor Trajan is not a thing which the Christian religion can confirm. I agree with him; and it was useless to take any trouble to demonstrate it.

He speaks of the young man of Delme, who having fallen into a swoon remained in it some days; they brought him back to life, and a languor remained upon him which at last led to his death at the end of the year. It is thus he arranges that story.

M. du Frenoy disguises the affair a little; and although I do not believe that the devil could restore the youth to life, nevertheless the original and cotemporaneous authors whom I have quoted maintain that the demon had much to do with this event.

What has principally prevented me from giving rules and prescribing a method for discerning true and false apparitions is, that I am quite persuaded that the way in which they occur is absolutely unknown to us; that it contains insurmountable difficulties; and that consulting only the rules of philosophy, I should be more disposed to believe them impossible than to affirm their truth and possibility. But I am restrained by respect for the Holy Scriptures, by the testimony of all antiquity and by the tradition of the Church.

"I am, sir,
Your very humble
and very obedient servant,
D. A. Calmet, Abbot of Sénones."