A Brief Introduction to Philatelic Literature 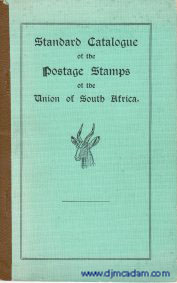 From a stamp collecting aspect, one can hardly call oneself either a philatelist or a dedicated stamp collector without possessing at least a small philatelic library, and there is really no difficulty in forming one, if one has adequate funds to do so.  As Edward J. Nankivell wrote in his excellent Stamp Collecting as a Pastime:

Bear in mind that Nankivell wrote those words in 1902; thus, the hundreds of volumes he refers to can now be changed to thousands, and probably tens of thousands.

How one wishes to divide the areas of philatelic literature is up to the collector. Here's one possible method of categorization::

Valuing philatelic literature is by no means easy.  Popular works like that of Nankivell can be found for a few dollars in good used condition, and most (not all) outdated Scott catalogues are virtually worthless.  But Sir John Wilson's The Royal Philatelic Collection, published in 1952 by Dropmore Press in London, is currently selling for around one thousand dollars a copy.

At any rate, philatelic literature is an interesting area of collecting, and there are many volumes in the field that will, in addition to being a valuable resource for you, impress your collecting friends when they see them upon your bookshelves. Happy hunting!