Vision of a Protestant of York, and others 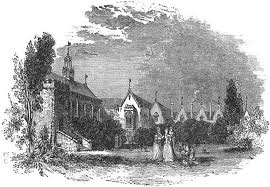 Here is another instance, which happened in 1698 to one of the so-called reformed religion. A minister of the county of York, at a place called Hipley, and whose name was Henry Vatz (Watts), being struck with apoplexy the 15th of August, was on the 17th placed in a coffin to be buried. But as they were about to put him in the grave, he uttered a loud cry, which frightened all the persons who had attended him to the grave; they took him quickly out of the coffin, and as soon as he had come to himself, he related several surprising things which he said had been revealed to him during his trance, which had lasted eight-and-forty hours. The 24th of the same month, he preached a very moving discourse to those who had accompanied him the day they were carrying him to the tomb.

People may, if they please, treat all that we have related as dreams and tales, but it cannot be denied that we recognize in these resurrections, and in these narrations of men who have come to life again after their real or seeming death, the belief of the church concerning hell, paradise, purgatory, the efficacy of prayers for the dead, and the apparitions of angels and demons who torment the damned, and of the souls who have yet something to expiate in the other world.

We see also, that which has a visible connection with the matter we are treating upon—persons really dead, and others regarded as such, who return to life in health and live a long time afterwards. Lastly, we may observe therein opinions on the state of souls after this life, which are nearly the same as among the Hebrews, Egyptians, Greeks, Romans, barbarous nations, and Christians. If the Hungarian ghosts do not speak of what they have seen in the other world, it is either that they are not really dead, or more likely that all which is related of these revenans is fabulous and chimerical. I will add some more instances which will serve to confirm the belief of the primitive church on the subject of apparitions.

St. Perpetua, who suffered martyrdom in Africa in 202 or 203, being in prison for the faith, saw a brother named Dinocrates, who had died at the age of seven years of a cancer in the cheek; she saw him as if in a very large dungeon, so that they could not approach each other. He seemed to be placed in a reservoir of water, the sides of which were higher than himself, so that he could not reach the water, for which he appeared to thirst very much. Perpetua was much moved at this, and prayed to God with tears and groans for his relief. Some days after, she saw in spirit the same Dinocrates, well clothed, washed, and refreshed, and the water of the reservoir in which he was, only came up to his middle, and on the edge a cup, from which he drank, without the water diminishing, and the skin of the cancer in his cheek well healed, so that nothing now remained of the cancer but the scar. By these things she understood that Dinocrates was no longer in pain.

Dinocrates was there apparently to expiate some faults which he had committed since his baptism, for Perpetua says a little before this that only her father had remained in infidelity.

The same St. Perpetua, being in prison some days before she suffered martyrdom had a vision of the deacon Pomponius, who had suffered martyrdom some days before, and who said to her, "Come, we are waiting for you." He led her through a rugged and winding path into the arena of the amphitheatre, where she had to combat with a very ugly Egyptian, accompanied by some other men like him. Perpetua found herself changed into a man, and began to fight naked, assisted by some well-made youths who came to her service and assistance.

Then she beheld a man of extraordinary size, who cried aloud, "If the Egyptian gains the victory over her, he will kill her with his sword; but if she conquers, she shall have this branch ornamented with golden apples for her reward." Perpetua began the combat, and having overthrown the Egyptian, trampled his head under her feet. The people shouted victory, and Perpetua approaching him who held the branch above mentioned, he put it in her hands, and said to her, "Peace be with you." Then she awoke, and understood that she would have to combat, not against wild beasts, but against the devil.

Saturus, one of the companions of the martyrdom of St. Perpetua, had also a vision, which he relates thus: "We had suffered martyrdom, and were disengaged from this mortal body. Four angels carried us towards the East without touching us. We arrived at a place shining with intense luster; Perpetua was at my side, and I said unto her, 'Behold what the Lord promised us.'

"We entered a large garden full of trees and flowers; the four angels who had borne us thither placed us in the hands of other angels, who conducted us by a wide road to a place where we found Jocondus, Saturninus, and Artazes, who had suffered with us, and invited us to come and salute the Lord. We followed them, and beheld in the midst of this place the Almighty, crowned with dazzling light, and we heard repeated incessantly by those around him, Holy! holy! holy! They raised us towards him, and we stopped before his throne. We gave him the kiss of peace, and he stroked our faces with his hand.

"We came out, and we saw before the door the bishop Optatus and the priest Aspasius, who threw themselves at our feet. We raised and embraced them. We recognized in this place several of our brethren and some martyrs." Such was the vision of Saturus.

There are visions of all sorts; of holy martyrs, and of holy angels. It is related of St. Exuperus, bishop of Toulouse, that having conceived the design of transporting the relics of St. Saturnus, a former bishop of that church, to place them in a new church built in his honor, he could with difficulty resolve to take this holy body from the tomb, fearing to displease the saint, or to diminish the honor which was due to him. But while in this doubt, he had a vision which gave him to understand that this translation would neither lessen the respect which was due to the ashes of the martyr, nor be prejudicial to his honor; but that on the contrary it would contribute to the salvation of the faithful, and to the greater glorification of God.

Some days before St. Cyprian, Bishop of Carthage, suffered martyrdom, in 258, he had a vision, not being as yet quite asleep, in which a young man whose height was extraordinary, seemed to lead him to the Prætorium before the Proconsul, who was seated on his tribunal. This magistrate, having caught sight of Cyprian, began to write his sentence before he had interrogated him as was usual. Cyprian knew not what the sentence condemned him to; but the young man above mentioned, and who was behind the judge, made a sign by opening his hand and spreading in form of a sword, that he was condemned to have his head cut off.

Cyprian easily understood what was meant by this sign, and having earnestly requested to be allowed a day's delay to put his affairs in order, the judge, having granted his request, again wrote upon his tablets, and the young man by a sign of his hand let him know that the delay was granted. These predictions were exactly fulfilled, and we see many similar ones in the works of St. Cyprian.

St. Fructueux, Bishop of Tarragona, who suffered martyrdom in 259, was seen after his death ascending to heaven with the deacons who had suffered with him; they appeared as if they were still attached to the stakes near which they had been burnt. They were seen by two Christians, who showed them to the wife and daughter of Emilian, who had condemned them. The saint appeared to Emilian himself and to the Christians, who had taken away their ashes, and desired that they might be all collected in one spot. We see similar apparitions in the acts of St. James, of St. Marienus, martyrs, and some others who suffered in Numidia in 259. We may observe the like in the acts of St. Montanus, St. Lucius, and other African martyrs in 259 or 260, and in those of St. Vincent, a martyr in Spain, in 304, and in the life of St. Theodore, martyr, in 306, of whose sufferings St. Gregory of Nicea has written an account. Everybody knows what happened at Sebastus, in Armenia, in the martyrdom of the famous forty martyrs, of whom St. Basil the Great has written the eulogium. One of the forty, overcome by the excess of cold, which was extreme, threw himself into a hot bath that was prepared just by. Then he who guarded them having perceived some angels who brought crowns to the thirty-nine who had persevered in their sufferings, despoiled himself of his garments, joined himself to the martyrs, and declared himself a Christian.

All these instances invincibly prove that, at least in the first ages of the church, the greatest and most learned bishops, the holy martyrs, and the generality of the faithful, were well persuaded of the possibility and reality of apparitions.