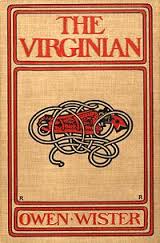 Let me admit at the outset that I have not always kept a reading list, and that there are times when the list goes ignored.  Had I started a list when I first began to read books, which would have coincided neatly with my entry into first grade at a school in Providence, Rhode Island, run by French (or at least French-speaking, but I'm fairly certain French as well) nuns, the list would be, like Marley's Ghost's chain, a ponderous one.  The first book on the list would have been Robert Louis Stevenson's A Child's Garden of Verses.  After that, things get a bit foggy.

I know that I read Captains Courageous in the sixth grade.  In fact, I devoured it, almost in one sitting.  Somewhere around this time I also read Call of the Wild, and the almost-as-good White Fang.  But I was reading all the time, so there must have been many, many other books as well.  In the summer between seventh and eighth grades I read Shirer's The Rise and Fall of the Third Reich, and at the beginning of the ninth grade, which was for me my freshman year in high school, I read Marx's brief but absorbing Communist Manifesto.  (It was the Sixties . . .  I also thought it might help me meet girls.  It didn't.)  High school reading continued with mystery fiction, The Hobbit, The Lord of the Rings, and a good bit of Ayn Rand, most notably The Fountainhead.

If I'd had a reading list, and stuck to it, then all those other forgotten books would be there for me to recall as well.  One could opine that perhaps it is better to remember only that which is truly memorable, but one could opine that the contrary is true and make a good case for it.  So there, in the proverbial nutshell, is the case for a reading list as a memory jogger.  Such a list would also remind me of more than simply titles and authors.  Ah, I might very well say, while perusing the list, that was the year that I stumbled across The Way of the White Clouds, which not only kindled an interest in Buddhism but contributed, in no small part, to my decision to quit my job and quit New York City to move to California.  And then, during that time in California, there are those books by Carlos Castaneda . . .

Obviously, then, a reading list should have dates, as well as titles and authors.  My list has nothing other than that information, but yours can contain whatever you want it to.  As for what date, I enter the date that I finished reading the book.  Those books that lack a date are those that I intend to read.  And, not surprisingly, intended books come and go.  Sometimes, by the time I am ready to read a book, I've lost interest in the subject, and the book is deleted.  Sometimes I wonder why I ever put such a book on my intended reading list in the first place, but there are a great number of things I wonder about in life, so this comes as no great surprise.

Should one share one's reading list?  That's a difficult question.  What one reads says a lot about a person.  Of course, if one knows one's list will be shared, one might only list books in order to gain the approval of others, imagined or otherwise.  My own reading lately appears to be all over the place, with Ted Gioia's West Coast Jazz read in July, Kanjitsu Iijima's Buddhist Yoga in September (Buddhist and Californian, and from the early Seventies!), and John Costello's The Pacific War in December.  Other than the Pacific Ocean, it seems difficult to find a common theme.  No approval from others is expected, or sought.

The one type of reading list not recommended is the type that says, at the top, Books I Must Read.  Start your own reading list today, and feel free to change it as often as you like - and leave it with no other title than, simply, My Reading List.