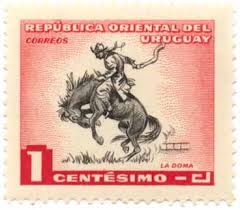 Wherever you go you find the stamp collector in evidence. The hobby has its devotees in every civilised country. Its hold is, in fact, international. In Dresden there is a society with over two thousand members upon its books; in out-of-the-way countries like Finland there are ardent collectors and flourishing philatelic societies. The Prince of Siam has been an enthusiastic collector for many years, and even in Korea there are followers of the hobby. Australia numbers its collectors by the thousand, and many of its cities have their philatelic societies, all keen searchers for the much-prized rarities of the various States of the Commonwealth. In India, despite the difficulty of preserving stamps from injury by moisture, there are numbers of collectors; one of the best-known rajahs is collecting stamps for a museum, recently founded in his State, and the Parsees are keen dealers. There are collectors throughout South Africa, in Rhodesia, and even in Uganda. Wherever a postage stamp is issued there may be found a collector waiting for a copy for his album. In no part of the world can an issue of stamps be made that is not at once partially bought up for collectors. If any one of the Antarctic expeditions were to reach the goal of its ambition, and were to celebrate the event there and then by an issue of postage stamps, a collector would be certain to be in attendance, and would probably endeavor to buy up the whole issue on the spot. The United States teems with collectors, and they have their philatelic societies in the principal cities and their Annual Congress. From Texas to Niagara, and from New York to San Francisco, the millionaire and the more humble citizen vie with each other in friendly rivalry as stamp collectors.

Many countries are now making an Official Collection, and there is every probability that some day in the near future most Governments will keep a stamp collection of some sort for reference and exhibition. Under the rules of the Postal Union, every state that enters the Union is entitled to receive, for reference purposes, a copy of every stamp issued by each country in the Postal Union. Hence every Government receives valuable contributions, which should be utilised in the formation of a National or Official Collection. And some day stamp collectors will be numerous and influential enough to demand that such contributions shall not be buried in useless and forgotten heaps in official drawers, but shall be systematically arranged for public reference and general study.

Not a few countries are every year rescued from absolute bankruptcy by the generosity with which collectors buy up their postal issues; and many other countries would have to levy a very much heavier burden of taxation from their peoples if stamp collecting were to go out of fashion.

So widespread indeed is our hobby that a well-known collector might travel round the world and rely upon a cordial welcome at the hands of fellow-collectors at every stopping-place en route.

International jealousies are forgotten, and even the barriers of race, and creed, and politics, in the pleasant freemasonry of philatelic friendships.

This is taken from Stamp Collecting As a Pastime, originally published in 1902.