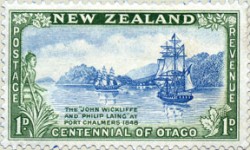 Ever since the collection of postage stamps was first started it has been sneered at as a passing craze, and it has been going to die a natural death for the past forty years. But it is not dead yet. Indeed, it is very much more alive than it has ever been. Still the sneerers sneer on, and the false prophets continue to prophesy its certain end.

To the unsympathetic, the ignoramus, the lethargic, the brainless, everything that savours of enthusiasm is a craze. The politician who throws himself heart and soul into a political contest is "off his head," is seized with a craze. The philanthropist who builds and endows hospitals and churches is "a crank," following a mere craze. The earnest student of social problems is "off the track," on a craze. The man who seeks relaxation by any change of employment is certain to be classed by some idiot as one who goes off on a craze. You cannot, in fact, step off the beaten track tramped by the common herd without exciting some remark, some sneer, perchance, at your singularity.

The most ignorant are the most positive that stamp collecting is only a passing fancy of which its votaries will tire, sooner or later; and yet for the last forty years, with a brief exception, due to an abnormal depression in trade, it has always been on the increase. Indeed, it has never in all those years been more popular with the cultured classes than it is to-day. The Philatelic Society of London has an unbroken record of regular meetings of its members extending over a quarter of a century. The literature devoted to stamp collecting is more abundant than that of any other hobby. Its votaries are to be found in every city and town of the habitable globe.

"All very fine," say our bogey men, our prophets of impending evil; "but blue china has gone to the wall, autographs are losing caste, old books and first editions are on the downgrade, pipes are relegated to the lumber-room, metallurgical cabinets are coated with dust, and even walking-sticks survive only at Sandringham!" Just so. We are all—Governments, people, and weather—going to the bad as fast as we can go, according to the croakers, the wiseacres, and the self-appointed prophets. Nevertheless, stamp collecting has survived the sneers and the evil prophecies of forty years, and so far as human foresight can penetrate the future, it seems likely to survive for many a generation yet.

And why not? In the busy, contentious bustle of the competition of the day, the brain, strained too often to its utmost tension, demands the relaxation of some absorbing, pleasure-yielding hobby. Those who have tried it attest the fact that few things more completely wean the attention, for the time being, from the vexations and worries of the day than the collection and arrangement of postage stamps. In fact, stamp collecting has an ever-recurring freshness all its own, a scope for research that is never likely to be exhausted, a literature varied and abundant, and a close and interesting relation to the history and progress of nations and peoples that insensibly widens the trend of human sympathies and human knowledge.

What more do we want of a hobby? We cannot ensure, even for the British Empire, an eternity of durability: nations decay and fashions change. Some day even stamp collecting may be superseded by a more engrossing hobby. The indications, however, are all in favour of its growing hold upon its universal public. The wealth invested in it is immense, its trading interests are prosperous and international, and no fear of changing fashion disturbs either dealer or collector.

This is taken from Stamp Collecting As a Pastime, originally published in 1902.