Stamps As Works of Art

[This is taken from Edward J. Nankivell's Stamp Collecting As a Pastime, originally published in 1902.] 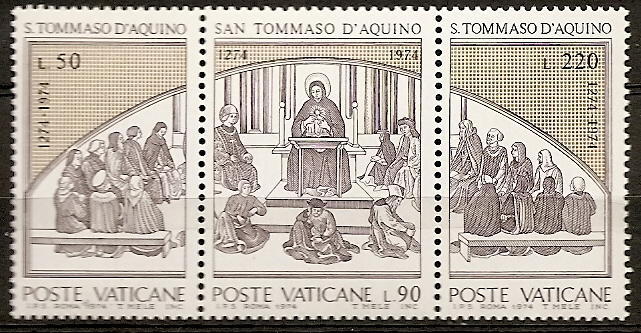 Some artists scout the idea of attempting anything that may be considered a work of art in the ridiculously limited space of a postage stamp. The restriction of a postage stamp when viewed alongside a canvas measuring several yards in length and height is probably hopeless enough. Nevertheless, many a stamp collector who is not devoid of art can find stamps which seem to him to be entitled to rank high even in the art world. In beauty of design, in the exquisite workmanship of the best modern steel engraving, aided by the most delicate machinery, and in unequalled printing, there are many gems within the very limited space of a postage stamp that excite and deserve, and not infrequently win, the admiration of the most exacting critics. There are scores of little medallions, mostly on the postage stamps of foreign states, that surely would pass muster with an impartial judge of art. They are not the rarities of the stamp album. Some are even regarded as weeds in the philatelic garden. They are too often made to serve the revenue-producing necessities of the issuing state, and for that reason probably, more than for any other, they are made as attractive as modern art applied to stamp production can make them.

Great commercial countries, producing their postage stamps by hundreds of millions, are as contemptuous in their consideration of the art possibilities of a postage stamp as the cynical artist whose days and years are devoted to the disfigurement of wall space. This country has no cause to be proud of the designs or the printing of its postage stamps. The chief consideration seems to be a low contract price for the production of recognizable labels for the indication of the prepayment of postage. That is the commercial view. And yet there are some foolish people who believe that an artist who could design an effective and acceptable postage stamp for the British Empire would add materially to his own fame and to the art standard of the Empire itself.

Brother Jonathan across the sea is not unmindful of art in the production of his postage stamps, despite his commercial inclinations and training. From the first he has put his patriotism into his postage stamps. The portraits of the Presidents, from George Washington to Lincoln, and from Lincoln to McKinley, who have ruled, wisely and well, the destinies of the great Republic, Jonathan engraves in his best style, in his own official engraving establishment, and proudly places upon his postage stamps for the admiration of all good citizens and the edification and envy of the effete old countries beyond the seas.

We, with our richer memories and our stately galleries of great men who have ruled or governed or fought through the centuries, must be content with an Empire postage stamp that is little better, from an art point of view, than an ordinary beer label, and we must be content to be told that it is the penalty of success, of the dire necessity of long numbers, and of a needy Treasury that sorely hungers for still greater profits from the Post Office.

Meanwhile, small struggling states revel in beautiful stamps. The latest trend is in the direction of miniature portraiture. The Argentine Republic and Bolivia have in recent years issued some very fine examples in this direction. A very useful innovation is the addition of the name under the portrait. In this way thousands have been familiarized with the names and faces of men who before were almost unknown beyond their own country. Historic features, such as those of Columbus and Pizarro, have occasionally been added to the growingly interesting gallery of stamp portraits.

The recently issued New Zealand picture series, illustrating most effectively some of the choicest bits of colonial scenery, and some of the rarest birds of the colony, engraved by Messrs. Waterlow and Sons, afforded an interesting and successful experiment in an art direction. As a result it is said that a strong demand has been generated in other colonies for similarly beautiful and localized designs in preference to the stereotyped mediocrity supplied by the ordinary label process.